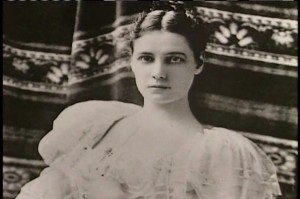 Nellie Bly is an amazing woman who set the bar for investigative journalism a decade or so before the turn of the century.  Not the last one.  The one before that.  The things that she did were unheard of for a woman of that time period.  One of those things was to try to beat Jules Verne’s fictitious Phineas Fogg’s record of circumnavigating the globe in 80 days.  Go to this page to find out a bit more about Nellie’s trip around the world.  (SPOILER ALERT – she beats him!)  Nellie first earned her notoriety by allowing herself to be locked up in a madhouse on New York City’s Blackwell’s Island and then publishing the story of her experience.   To say the treatment of the imprisoned women in the facility was horrendous is a serious understatement.  Because of Nellie’s work, a grand jury convened to investigate the situation at the asylum.  As a result, almost a million dollars was put into the mental health system and many improvements were made.   I had the pleasure of narrating “10 Days in a Madhouse” earlier this year.  It’s a fascinating story and I highly recommend you give it a listen.  You can download it here.

Wishing you all a happy 125th anniversary of Nellie’s circumnavigation of the globe in ???? days. (You have to read the article noted above to get the answer to that question!)